Paul’s letter and its message is one that I’ve revisited many times throughout my life. It seems especially poignant that it should be today’s second reading at Mass, following a few weeks of weary pondering on what it truly means to give of yourself and your talents.

Ours has always been a family that has believed in giving to, volunteering and advocating for, those in need, or less fortunate. There was a time when we, too, didn’t have anything; splitting the food we did have between our daughters’ plates — then settling for a glass of soda and a cigarette to curb our own gnawing appetites. Life is better now for us. Gone are the sodas and cigarettes, but we still struggle paycheck-to-paycheck; always and continually aware of the suffering many endure.

When our girls were still young, we volunteered to serve meals for Thanksgiving at our local Salvation Army. Our own Thanksgiving meal came in a box from our local market at the end of the day, after service to others. We realized early on that we could only impart so many stories to our daughters about the hardship others faced. At some point we needed to put down the newspaper, close the books, and walk away from the computer keyboard — and go out into the physical world to connect with the people in the stories. There is nothing so humbling as to physically serve another human being. To be present in the flesh to witness and serve another where they are — here and now.

As our daughters grew older, we began to examine other areas where service to others was greatly needed. In the late 1990’s, our youngest daughter and I volunteered to work the Rape Hotlines for Project Sister, as advocates for the victims of molestation and rape. We often took the shifts that other advocates couldn’t, due to their having young children at home to tend to. In the wee hours of the morning, we would be there for girls and boys, women and men, broken and scared. Not all crisis hotlines are manned at off-site facilities.  Many use switchboard operators who take the call and then patch it through to the advocate’s home, or cell, phone. You work from the comfort of your own home, but the service you give is not self-comforting. It is raw and disturbing — you cannot isolate yourself from any of the pain if you want to truly be of service. What many people do not understand about crisis hotline volunteering is that it’s more than just being a voice on the opposite end of the phone line.  Often we were contacted by hospitals where the victims were brought in for examination, or sought assistance on their own. So, in the pitch hours of the morning, we had to leave our home and drive to various hospitals to personally serve the victims. We would explain to them, sometimes alone or with their parents, what the sexual assault and rape kit was, how it was going to be used by the nurse, and why it was important to gather evidence. Then we’d sit with them, holding their hands and comforting them, during the examination. Physically giving of your time is never easy, but so necessary if you want to really make a difference in the lives of others.

Our younger daughters also volunteered to travel with their youth group to serve the poor in Mexico, building homes for families who would otherwise be living in shacks or on the streets. And while we were stateside, advocating and serving to the hungry and broken, our older daughters were serving in a much bigger capacity — serving their country and the world. One daughter stills serves in this way, turning an initial four-year committment from her youth into an unexpected Reservist career. 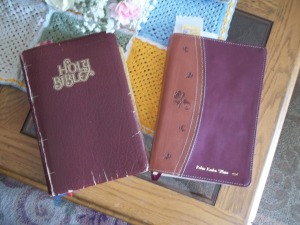 Nowadays, our daughters have families of their own and they are reaching out to serve as catechism teachers, PTO / PTA officers, and community Board members. They are physically out in the world serving others.  I join them in various degree, sometimes physically in their catechism classrooms or at their school events, or in a support role that utilizes the gifts and talents I have not only been blessed with, but have developed and honed over the years.

We have met numerous people along the way, who each give generously and freely of their time and talents; coming together as one body, one Spirit.  Donations are never personally requested. It’s understood that option is best left to the long-established, non-profit organizations that have the proper checks and balances in place, to successfully reach out and serve on a much bigger scale.

As we approach the end of classes, both in school and at church, I am busy drafting and writing letters for some of our daughters, as they show appreciation to those who have chosen to participate alongside them in their efforts to serve the children, their families, and the community. It is an awesome feeling to be a part of such a positive network brimming with talent and selfless determination. 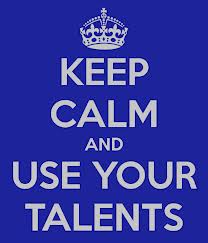 “There are two ways of spreading light – to be the candle or the mirror that reflects it.” ~ Edith Wharton, Vesalius in Zante