The summer sounds of children and their parents. Bicycles and skateboards, basketballs pounding and scooters zipping past our front door. No birds chirping though. It’s too hot. Birds don’t do heat. At least this Robin doesn’t.

Oprah’s MASTER CLASS on OWN. I’m really liking this particular series. Just the camera and the person speaking. Oprah introduces and then wraps up at the end — no Oprah Q & A in between. Very one-on-one, though I’m sure the persons speaking were probably given questions beforehand or off-camera. So far I’ve watched Justin Timberlake, Whoopi Goldberg, Barbara Walters, and Robin Roberts. All so, so very good. I loved what Robin Roberts says about being with her mother when she died: “To think that she was there when I took my first breath and I, in turn, was there when she took her last. So grateful.”

Diane Keaton’s THEN AGAIN, about her mother and their relationship. Even the best mother-daughter relationships have their messy moments. I believe those messy moments do not define us but, if viewed with open hearts and loving eyes, allow us to catch a deeper glimpse into the woman, the person, the quintessence of being, of those we are blessed to have on our side, not far from our reach, as we walk through the years that make up our life.

The Supreme Court’s ruling that businesses, citing religious reasons, can choose whether the medical coverage they will offer to their employees will cover birth control.  S. G. Tallentyre’s quote regarding Voltaire’s attitude — when it came to the rights of others came to mind — “I disapprove of what you say, but I will defend to the death your right to say it.”  I dare say that the Supreme Court has prepared a slippery slope that will only enhanced the already blurred line between the separation of church and state.  As an American citizen, I believe in a woman’s right to choose. What I think of a woman’s personal choices when it comes to motherhood, or not, is really none of my business. I may not agree with her choice(s) but, like Voltaire, my attitude is, “I may not agree with what you choose, but I will defend your right to do so.”  I do think that a person should stand behind what they believe even, or perhaps especially, if it’s not a popular opinion.  So even though my not shopping, or frequenting, such establishments as Hobby Lobby and Chick-Fil-A may not make or break the companies, I cannot, in good consciousness, support businesses that clearly discriminate against the legal rights of women and the LBGTQ community in the guise of their religious beliefs.

Resting on my faith, in that, above all things, we are called to love.

On the weekend, I indulged. In spite of the heat I cooked up some Chile-Braised Short Ribs on Saturday and a batch of Peach-Whiskey Barbecue Chicken on Sunday. But yesterday and today I simply could not, would not, cook in the soaring heat wave — so I opted for salad and Mimi’s Corn Chowder.

More changes at work and new challenges. Two weeks ago we lost some really good men, who were also great bosses, to early retirement. My coworker has stepped up to the plate to take charge of our department, until a suitable candidate can be hired to fulfill the vacancy our supervisor left. Likewise, I need to now step up and offer to help her in any way I can as she juggles her routine duties, plus the added responsibilities.

(Oh, and there have been rattlesnakes “I spied with my BIG eyes” on campus by others –> do NOT want to anticipate being anywhere close to the vicinity where they may be lurking, at all!)

July –> the beginning of the birthdaypalooza around here. We have five grandchildren who celebrate birthdays within four weeks of each other. Good Times.

My husband and I are attending our local stadium’s fireworks show on the 4th. Last year we had the good fortune to have one of our daughters entirely to ourselves in celebrating the holiday and chose to go see the spectacular display. Best eight dollars, times three, we ever spent! So as our daughters and their wee families go hither and thither to celebrate with in-laws and friends, we’re going to enjoy the sparkle as a couple. 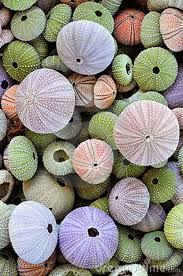 With medical matters at home and the loss of good folks at work — followed by a fun, though tiring, camping trip with a few of our grandkids — June was bittersweet.

From the City to the Beach ~